There’s no way around it: Open Banking is accelerating fintech innovation, democratizing access to financial data and reducing online fraud. It is a revolution that’s proving to have wide-ranging implications for the financial world, and we’re only just beginning to see the transformative impact it will have across the sector.

Over the past few years, some of the world’s largest banks have spearheaded this movement, deploying Open Banking technologies — namely open APIs — to enable third-party developers to build financial applications and services on top of previously well-guarded customer data.

With that treasure trove of data now available to global communities of developers, the financial system’s most precious data is no longer accessible only to banking behemoths. In fact, any payment provider can now benefit from access to this information, passing on those benefits to the greater public in turn.

Opening up customer data to the wider world has also had a knock-on effect of stimulating fintech innovation. No longer able to rely on mere brand recognition or their monopoly over customer data, big banks are under pressure to innovate or face stiff competition. Some analysts go as far as sayingto say that failure to innovate alongside Open Banking now could even risk making traditional banks irrelevant.

But it hasn’t stopped there. Markets from East to West are now presented with a future that promises to greatly increase competition thanks to fast-paced technological innovation. While Open Banking may have been regulated into life in Europe, today it’s grown into a movement that isn’t bound by any legal framework or geography.

Rather, Open Banking is now widely understood as a holistic approach to how customer financial data can be handled. It uses a new way of leveraging those vast quantities of previously out-of-reach data to build better customer experiences and new value propositions.

Current headlines are focussing on the extension of the PSD2 deadline. Due to the unexpected complexity of implementing strong customer authentication systems, this can be thought of as a foregone conclusion. Despite this news, there’s still much to celebrate in the world of Open Banking. For one, the movement has led to a rising tide of innovation in fintech, which is already reshaping consumer banking and finance.

Below is a shortlist of some of the most impressive innovations to be born out of the Open Banking movement to date.

Look back to the earliest of innovators, and Dutch banks will appear consistently. Starting in June 2016, ABN AMRO launched its Tikkie payments app, which revolutionized payments early on by allowing customers of any Dutch bank to send and complete payments across Whatsapp.

Today, Tikkie Payment Request is one of the bank’s most innovative APIs in its Open Banking suite of technologies, and now allows users to share payment links via SMS, Whatsapp, Facebook Messenger, or any other similar communication channels. Payees do not need to install a separate app to use the payment service, but they will need an active Dutch bank account.

ABN AMRO’s Tikkie platform now has over 5 million users and claims that 87 percent of all payment requests are paid within 24 hours, 60 percent within 30 minutes, and 14 percent within one minute. This rapid groundswell in user base is the result of a campaign of self-enforced innovation. In November 2018, Tikkie announced that it would be furthering its leading position in the mobile payments space by removing the need to enter recipients’ IBAN number. “These new features reaffirm Tikkie’s front runner status in mobile payments,” said Freek de Steenwinkel, Director of Tikkie. One thing’s for certain – the innovation being born in the Netherlands is worth keeping tabs on, and Tikkie is no exception.

Outside of Europe, there are few markets flexing their Open Banking innovation muscles as much as Singapore, Southeast Asia’s most developed economy. Within Singapore, there are few banks with a track record for rapid technological adoption as notable as DBS (Development Bank of Singapore), a multinational bank headquartered in Singapore’s plush Marina Bay.

In November 2017, DBS launched the then-largest API catalog in the world, featuring a huge 155 APIs over 20 categories at a time, whilst the wider EU was only just coming to terms with implementing Open Banking regulations.

Within this impressively diverse portfolio is PayLah!, a mobile payment solution that enables transfers through registered mobile numbers or via QR codes. (Lah is a vocalized exclamation commonly used in Singaporean English.) The service is used by McDonald’s, which introduced PayLah! to its McDelivery customer base in 2017. According to a McDonald’s spokesperson based in Singapore, “the DBS API partnership has helped us to speed up the process of payments so that our customers can focus on enjoying their meals.”

McDonald’s added that they encouraged all banks to support businesses by “exploring the use of digital capabilities to smooth such [payment] experiences.”

One of the earlier pioneers of open banking account aggregation services was ING, which launched a mobile app called Yolt in October 2016. By allowing its users to view their current accounts, savings, credit cards, pensions, and investments all in one place, ING quickly made a name for itself as a leader in Open Banking.

Emphasizing an intuitive design helped seal this success. As Ignacio Julia Vilar, chief innovation officer ING, said at the time: “We built the aggregator in the way that people think about money”. Moving forward to March 2019, Yolt decided to make a serious move into the payments space by testing payment initiation services with UK banks through Yolt Pay Beta.

Yolt payments are now supported by a comprehensive range of UK bank partners, including Nationwide, Santander and Barclays, Lloyds, Bank of Scotland, Halifax, RBS, NatWest and Ulster Bank, making Yolt the first third-party provider to connect to all CMA9.  In June 2019, Yolt Pay announced that it was expanding into its final Beta phase in the UK. When the final product is completed, Yolt will enable its users to view accounts, initiate payments, and move money between user-owned accounts, all powered by Open Banking.

Germany’s largest bank has been late to the Open Banking party, but it may have been worth the wait. In April 2019, Deutsche Bank launched a new API that executes real-time single euro payment area (SEPA) payments, going above and beyond the original scheme set by the European Payments Council (EPC) that called for digital payments to be executed within 10 seconds.

The breakthrough API came about via a joint initiative with Serrala, a B2B fintech software group, which created the technological interface by utilizing software provided by SAP’s enterprise resource planning solutions. The partners claim that this is the first API to allow for instantaneous SEPA payments. The implications are revolutionary. Enabling real-time B2B treasury solutions could upend business du jour. Deutsche has stated that their API now lays the foundation to digitalize the treasury process, accelerating end-to-end business workflows.

“Combining SEPA Instant Payments with API technology creates new opportunities,” says Thomas Stosberg, director, corporate cash management sales at Deutsche Bank. “Corporates benefit from an end-to-end integration of their business processes via treasury components to the bank and vice versa and receive an immediate confirmation of their payments,” he added.

Deutsche Bank and Serrala are now planning to expand this API payment solution to include other payment systems in a second phase. This technological breakthrough is still young and emerging as we speak.

PayMe for Business by HSBC

Following Singapore, Hong Kong is considered the second-most innovative region in the Far East in terms of Open Banking. Since the launch of the first phase of the Hong Kong Monetary Authority’s (HKMA) Open Banking initiative in 2018, 21 participating retail banks have made available more than 500 open APIs. The second phase of the Open API project is scheduled for completion in October 2019.

The largest bank of the territory, HSBC, launched a B2C payment app called PayMe following the HKMA regulation last year. That inaugural foray into Open Banking services was quickly followed by an extension B2B service, aptly called PayMe for Business. Through PayMe for Business, HSBC hopes to rally retail merchants across the territory to use their app to settle payments via QR codes, without requiring a point-of-sale (PoS) device. Retailers can direct collections either to the PayMe wallet or transfer to their bank accounts.

This involvement in B2B micropayments is a new territory for HSBC, which is a brand mostly associated with handling corporate treasury and CFO accounts. The fact that HSBC has got involved at this level of the payments space can be seen as further proof of how Open Banking is pressuring the world’s top banks to diversify and innovate beyond their comfort zone.

Over and over again, the crucial ingredient for major developments in fintech innovation over the past several years has been the introduction of API technology. By allowing third-party providers to work with customer data previously withheld to the public, big banks are now giving rise to innovation that is catalyzing competition, whether they like it or not.

APIs are thus the building blocks of Open Banking innovation. At Unnax, we provide the technological infrastructure and innovation needed to create cutting edge Open Banking products, including APIs for payment Initiation, account aggregation, and AML and KYC. As an Open Banking platform based on proven and scalable technology, Unnax provides the tools companies need to construct transformative financial solutions, from innovative neobank apps to customer financial intelligence services. 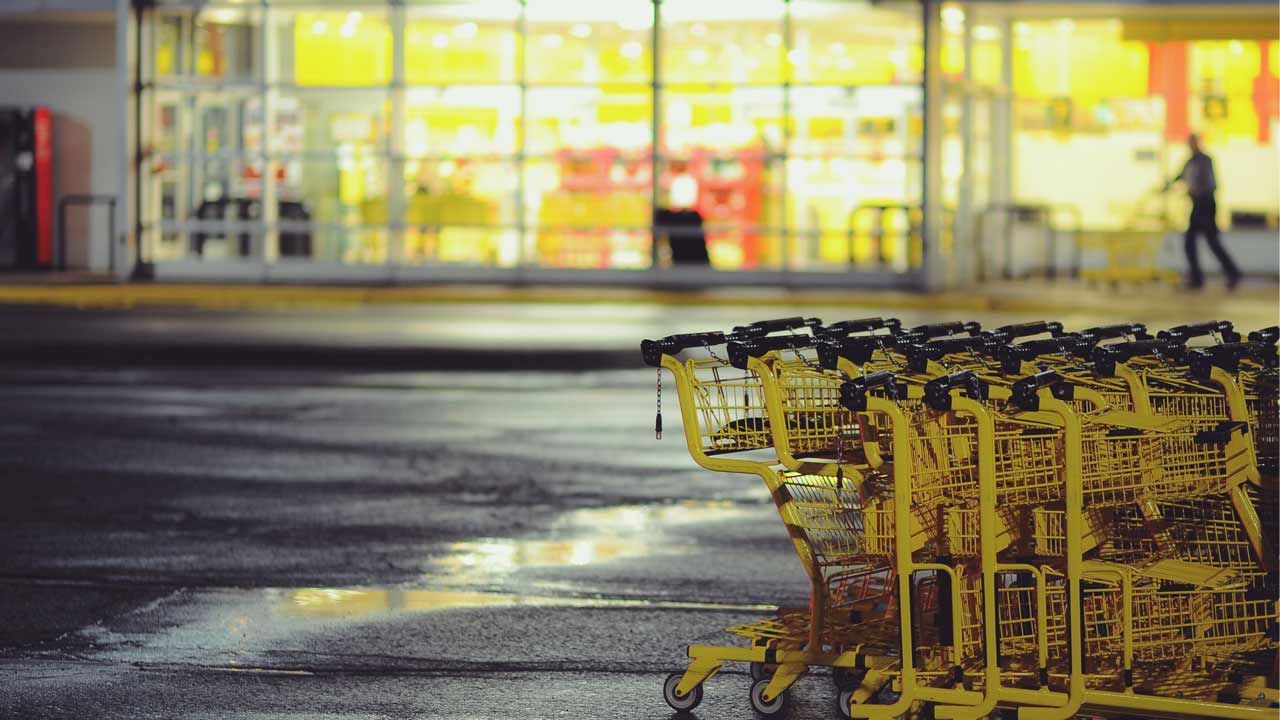 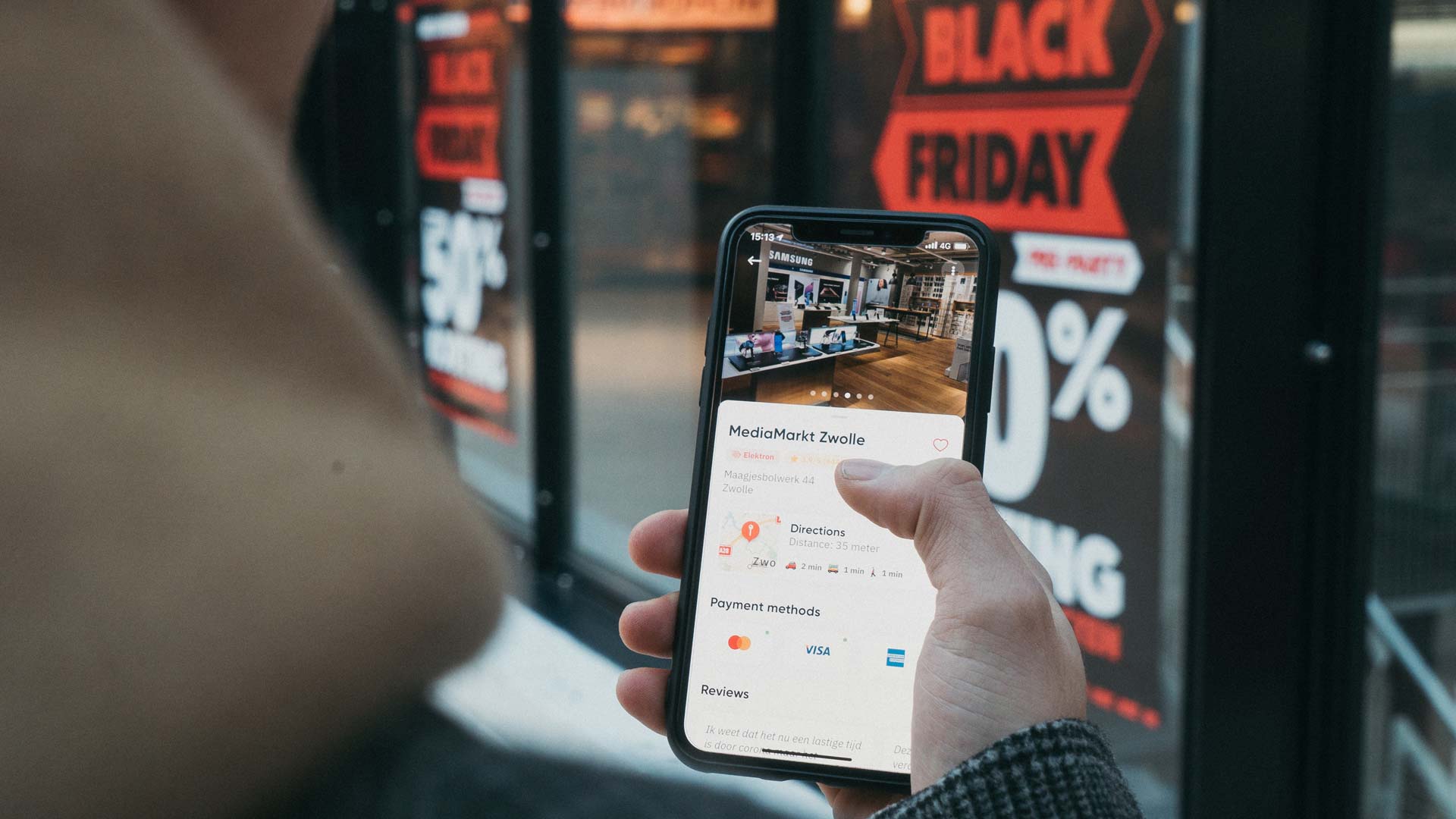 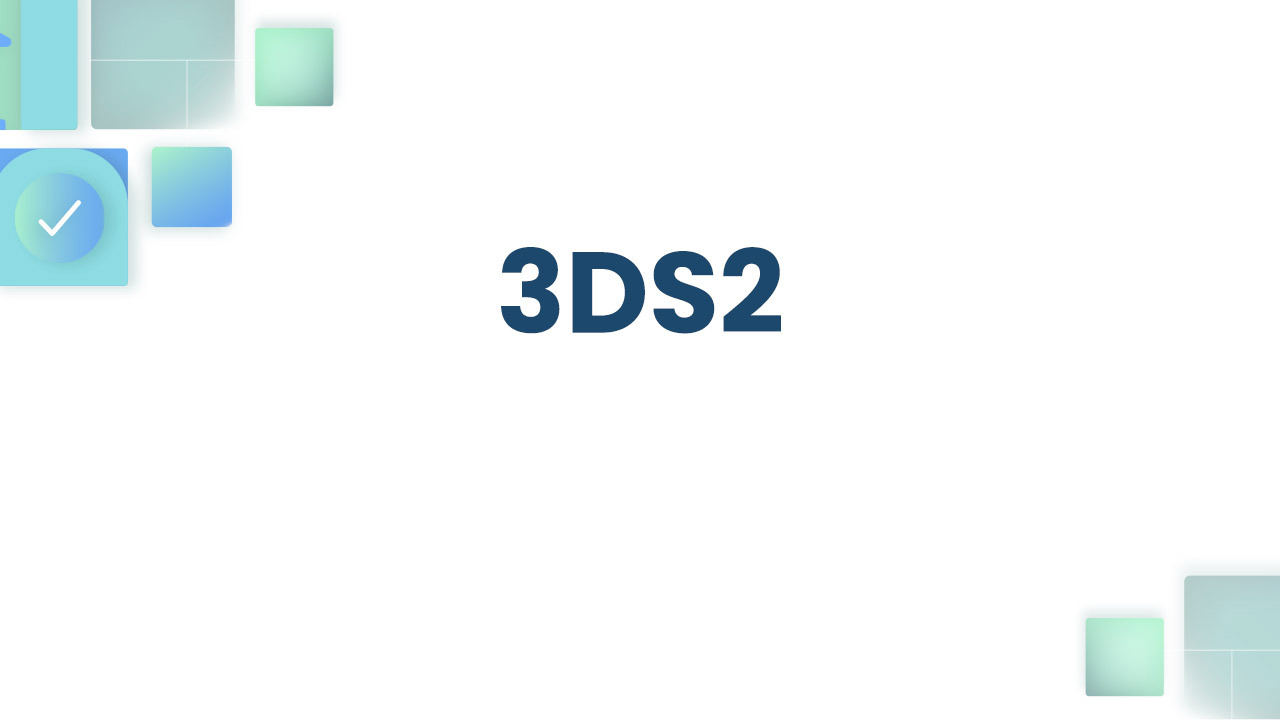 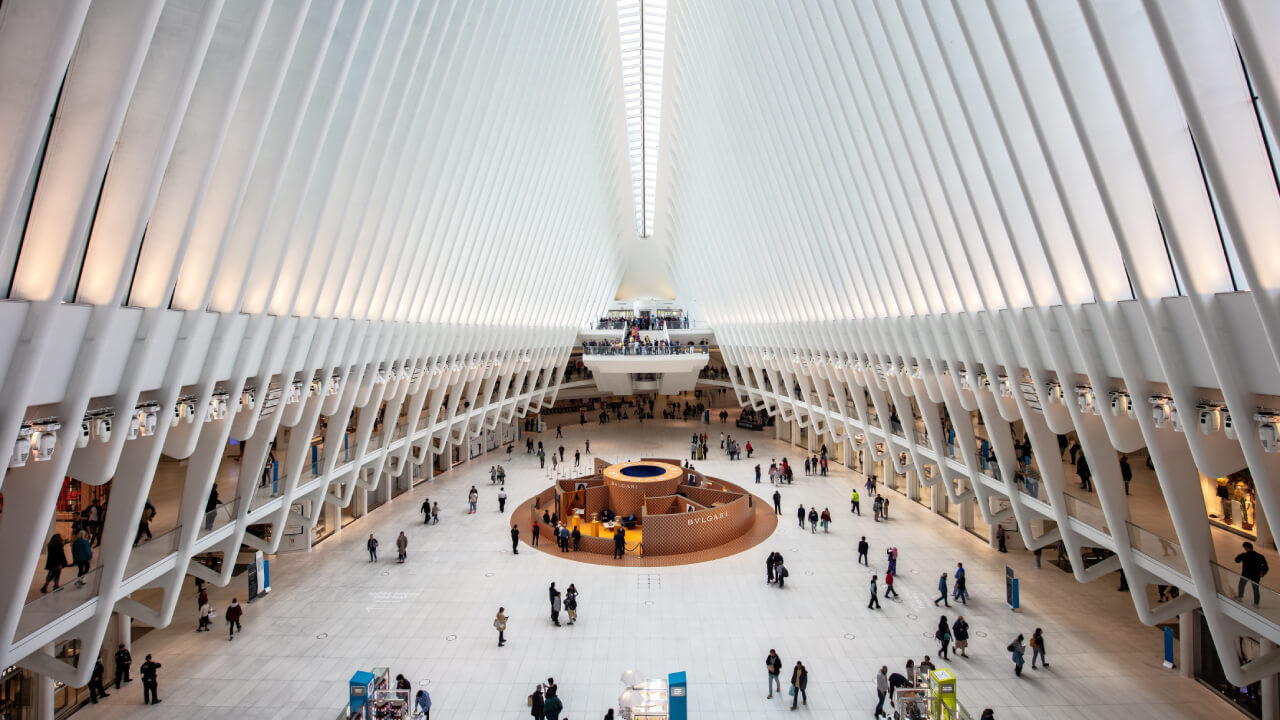 Data as the Difference-Maker For Companies in the Digital Era

If what’s past is prologue, then 2021 will be a benchmark year for fintech. As we start the new year on a clean slate, we’re